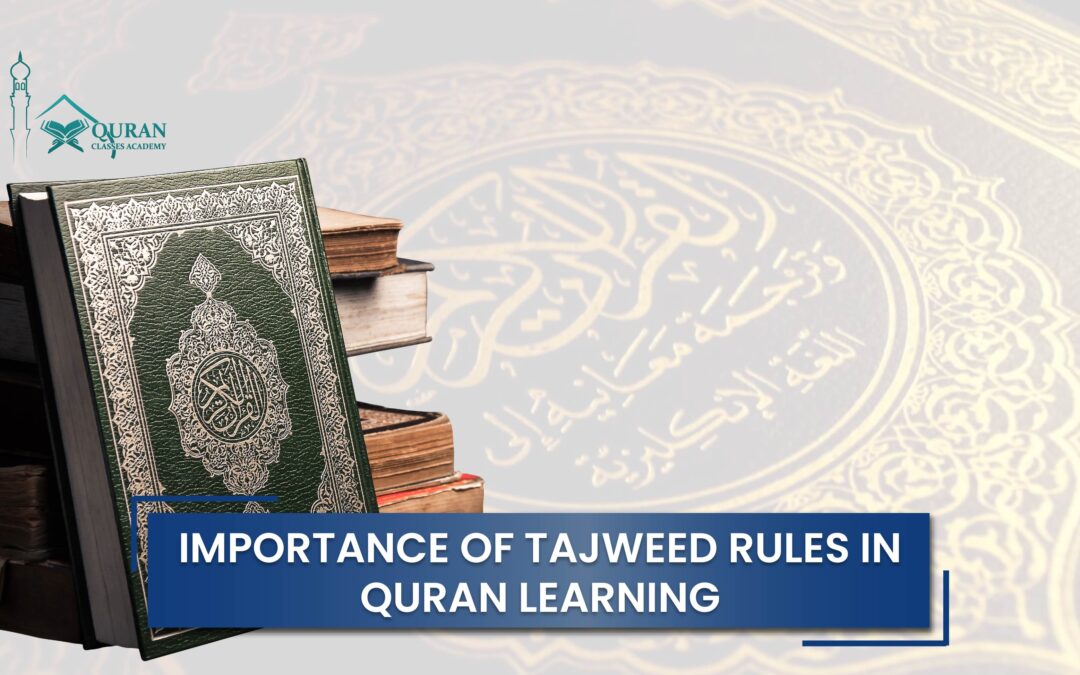 Let us know if it is compulsory to learn the Quran with tajweed rules. The Holy book of Quran is a direct communication of Allah Almighty. It is carrying a deep sea of knowledge in it. The true words of Allah SWT have complete guidance for the whole mankind. Apart from the knowledge, facts and rules given in the Quran about all aspects of life, the recitation of the Quran has many spiritual and psychological benefits in it.

“And recite the Quran with measured recitation”

Every language in the world has an explicit protocol to learn it. The Quran was revealed in Arabic language. Arabic linguistics makes the Quran distant from other literatures in the world in general, and Arabic in particular.

To get the real influence of Quran recitation in a thoughtful and understanding way, we must learn the Quran with Tajweed rules in a correct way.

“The best among you (Muslims) are those who learn the Qur’an and teach it.”

We are instructed to recite the Holy Quran in an audible voice. The Arabic accent and pronunciation should be clear, flawless and perfect. Now let us know what Tajweed Quran is or what Tajweed rules while reciting the Quran are.

The actual meaning of Quran tajweed is a set of rules we have to follow while reciting the Holy Quran. The set of rules are regarding pronunciation and Arabic phonation that is required to recite Quran perfectly.

Tajweed rules in Quran tell us where to give a break, pause, stop or keep going during Quran recitation. When we don’t follow the rules of tajweed it can change the meanings of ayahs that is strongly forbidden in Islam.

When we plan to learn about something or to be educated about a specific thing, we look for the best ways to get it. Similarly the education of Quran also require some helpful sources to learn it in better, stress free and easy way.

In this era of digital learning or digital education, there are a lot of podiums and platforms offering different courses to learn Quran tajweed online. Search for the best one online Quran Tajweed course as per your expediency. Your Quran Tajweed tutor must be experienced, certified and expert in the knowledge of the Quran and Arabic literature.

In Noorani Qaida you will start learning Quran or Arabic from its alphabets. Even to learn Tajweed from Noorani Qaida, you need an expert tutor of Quran. A best and professional Quran tutor has command on Quran tajweed. He must be familiar with Arabic linguistics.

Only an experienced Quran teacher can help you to learn Quran with tajweed rules in a comprehensive way.

If you are living in a Non-Muslim society and you want to learn Quran with tajweed,no need to worry. A huge number of online Quran academies are offering to teach you Quran with proper tajweed.

Another effective way to learn Quran with tajweed is to listen the recitation of Quran attentively by experts. You can also recite with them the ayah in the same way they are reciting. There are different authentic copies of recorded Quran are available recited by the best Quran tajweed experts.

One cannot make it a choice to recite Quran with Tajweed rules or without tajweed. We must realize it that tajweed is the compulsory part of Quran recitation. There are true words of Allah Almighty in Quran. If we don’t recite them as they are revealed, Allah SWT will get angry with us and we should ask forgiveness from Him.

A person who is not familiar to the Arabic language and has difficulty to learn Quran and tajweed, Allah SWT will bless him with special rewards.

“The one who is proficient with the Qur’an will be with the noble and righteous scribes (the angels), and the one who reads it and stumbles over it, finding it difficult, will have two rewards.” [Book 33, Hadith 124]

Along with it, there are numerous benefits of learning Quran with tajweed. May Allah SWT give us ability to learn, teach and spread the message of Quran in a proper and effective way. Ameen