Islamic culture and its Basics 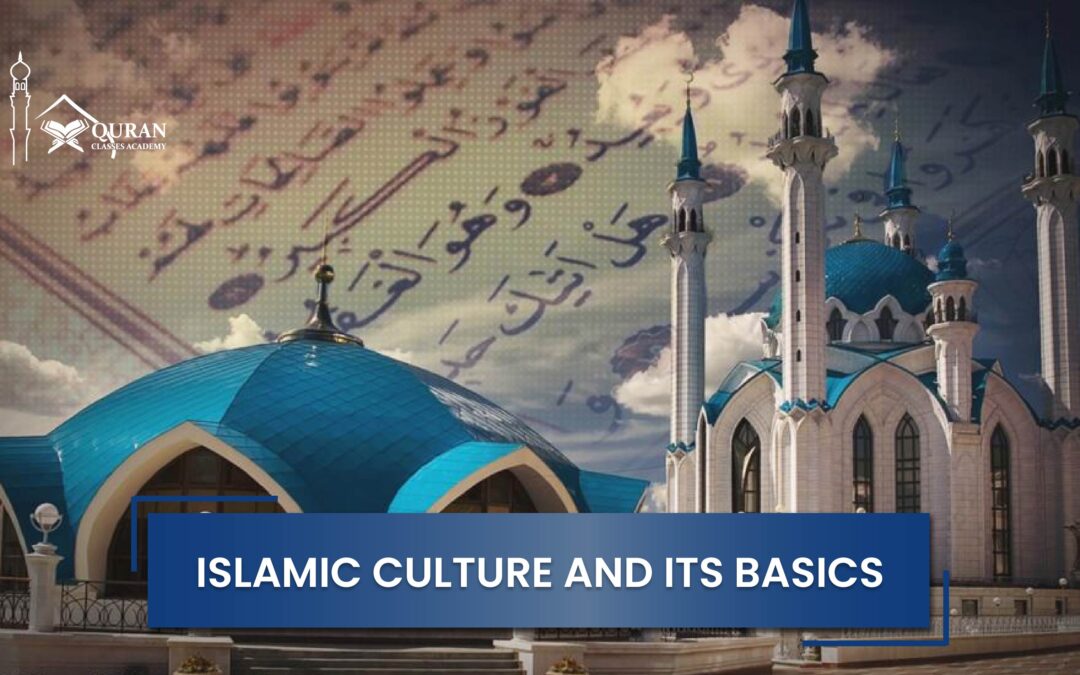 Islamic culture is all about the growth of abilities of Muslims and human behavior and their utterance towards their environment. Culture of Islam always reflects the value of Islam as Islam does not allow its followers to do anything that is against the dignity of another human being or it is against the human development so Muslims molds themselves according to the value of Islam.

The main pillar of Muslim culture is none other then Islam itself. Islamic culture is full of sincerity, loyalty to ALLAH, peace, happiness and having well wishes for others Muslims. The one common things between different nations like Asian Muslims, African, European, and American Muslims is the Islamic culture. Islamic culture guides Muslims in every path of life like how to eat, pray, treat others etc. in short, all the guidelines for Muslims are provided through Quran and Sunnah.

Few examples of Islamic practices that Muslims follow altogether, are the basis of Islamic culture. These practices are given below:

Saying Bismillah before doing anything

As it is strong belief of Muslims that when they say Bismillah before starting any work then they welcome the blessings from ALLAH and they hope the help of ALLAH to finish that work successfully.

When Muslims meet each other, they say ASSALAM o ALIKUM meaning they send blessings to other Muslims and in response when other person says WALIKUM AS SALAM they get blessings in return it is also a request for the sender for peace.

When Muslims hear some bad news like some loss of money, or God forbid loss of a their loved one then they say

“Surely we belong to Allah and to Him shall we return”

By saying this Dua, Muslims express their Patience upon God’s Decisions, it is also a sign of acceptance that ALLAH is the Only God and he will not test his followers more than they can bear.

When Muslims sacrifice animals on Eid ul adha it is an event to remember the Hazrat Ibrahim’s readiness to sacrifice his own son when God asked him to do so.

Doing Hijab or wearing a scarf is Mandatory for the Muslim Women to do when they go outside of their home or when they are going to make contact with the unrelated male. Wearing Hijab is an act of obedience to ALLAH SWT. Wearing Hijab protects the Women from being harassed or mocked by non-Muslims.

To increase the Taqwa, Muslims perform certain acts known as five pillars. The five acts of Muslims that make them a Complete Muslim which literally means to submit their selves to ALLAH are these five pillars. They are known as SHADAH, NAMAZ, Zakat, ROZA and hajj. Detail of each pillar is given below

It is the First and the most important pillar of Islam. Shahadah means accepting that there is no God except ALLAH. Shahada is also mentioned in Azaan that we hear five times in a day,

Although reciting it three times Infront of any Muslim is necessary to accept Islam. Shahada is the most famous phrase for the Muslims. Shahada can also be seen as written on famous buildings of Muslims.

Muslims offer their Salah at the start of morning meaning dawn, at moon, midafternoon, sunset and after the dark. It is obligation for Every Muslims to pray five times a day. male go to masjid to offer their prayers meanwhile women pray their namaz in their homes. Muslims perform their namaz in the direction of Mecca. Praying five times a day with a clear hear and with the intention to get the love from ALLAH is the sign of submission to ALLAH.

Prayer can embed the feelings of positivity, spirituality into a Muslim, they can wipe out their negativity and bad vibes after praying. The most Important Prayer for the Muslims is the Jumma prayer. They do special arrangements for it. Many Muslims do pray Friday after it they hear the Khutba from the Imam of that mosque.

Zakat is the third pillar of Islam. ALLAH SWT asks the Muslims to donate to those people who are needy so that they can fulfill their basic need like shelter or food. It is obligatory for the Muslims to give zakat after having certain assets or a fixed amount of Gold.

Zakat is calculated as 2.5% of the market value as on the date of valuation. The recipient should not be from your immediate family like your life partner, your kids or your parents.

Muslims can give their Zakat to the poor like people having no source of income or the Maskain meaning needy people like those people are in some difficult situation and they are not able to earn like paralyzed one etc. you can also give your Zakat to the Administrates of Zakat, they collect the Zakat from different people and then they divide it among the needy ones.

The fourth pillar of Islam is the Fasting. Muslims. Ramzan is the 9th month of the Islamic calendar. Muslims perform fasting from dawn until dusk. Month of Ramzan is the most important month for the Muslims as Holy Quran was revealed in this month. Muslims Wake up before the adhan of Morning Prayer, they do their Suhoor, after getting suhoor they are forbidden to eat anything or drink. They break their fast with the adhan of Maghrib. Fasting is important for Muslims not Only to Please ALLAH SWT but also it is the best way to get their health fit. Fasting improves overall fitness of body it removes the excess weight of the human body. Fasting decreases the risk of metabolic diseases.

Muslims believe that they can wipe out their sins that they have done in the past. Hajj can be the reason for patience, control, spiritual and moral growth for the Muslims. They can start their new life after hajj. The main goal of performing hajj to creating stronger bond with the ALLAH then before.

These 5 were the important and mandatory practices that Muslims do perform. They perform these actions by heart to become a good Muslim. May ALLAH Almighty help all the Muslims around the globe to follow the true and right sense of Islam? Ameen