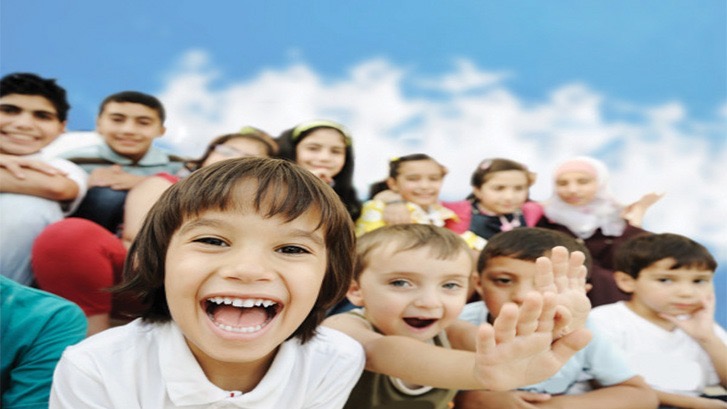 The Holy Prophet Muhammad (PBUH) an infinite Source of Light for mankind always loved Kids and Children. He was a man who could by no means curse even his deadly enemies. He has set an example of a Character that you could never find in the history of humanity. With regards to His behavior towards children, one can simply expect only the whole kindness, sole gentleness and unconditional love for the whole mankind in general and for His followers, in particular. Indeed, Holy Prophet Muhammad (PBUH) was extra loving towards the youngsters especially. Be it the children from his circle of relatives or pals, it made no distinction to Him at all.

•           Whenever Kids came in the direction of Holy Prophet (PBUH), He used to hold them in His hands and caress them with love.

•           At times, He used to place his tongue out playfully, and the Kids close to Him could turn out to be excited.

Apart from this widespread behavior, we find numerous examples in his life when He had been found typically closer to children and youngsters. Some of these incidents are indexed beneath:

Interaction with the Bedouins

In many of his teachings, Prophet Muhammad (Peace be Upon Him) emphasized the importance of coaching youngsters with kindness and compassion.

Ayesha (RA) reviews that “Some Bedouin got there to the Prophet (Peace be Upon Him) and stated: ‘Do you kiss your youngsters?’ He said: ‘Yes.’ [The Bedouin] stated: ‘But we, by Allah, by no means kiss (our kids).’ The Prophet (PBUH) said: “What can I do if Allah has taken away mercy from you?” Sunan ibn Majah

Slavery, at that time was not unusual in the Arabian Society. Our Holy Prophet (Peace be Upon Him) has Anas bin Malik (RA) as his servant for ten years. He was the servant of Holy Prophet Muhammad (PBUH) and served him until his demise.

The devoted companion and servant later said that “I served the Prophet (Peace be Upon Him) at Medina for Ten years. I turned into a boy. Each of my service or work that I did was not consistent as per the desire of my Master, however, He never complained and in no way stated to me: Uff, nor did he said: Why did you do this? Why did you not do that?” Sunan Abi Dawud

Allow the Kids to behave Childish

There is an additional famous incident. The Holy Prophet (Peace be Upon Him) was leading the Prayer. He had made the prostration a bit extra lengthy, and only after the prayer completed did the congregants comprehend why? His grandson had climbed on his back while he went into the Prostration and did not disturbed him, the Prophet (Peace Be Upon Him) waited till he became done to upward from the prostration. Sunan an-Nasa’i

This is a superb lesson for us. Children may also from time to time behave irrationally. They communicate about things that don’t make any feel or sense. They may make it tough in an effort to perform your routine obligations. However, this actually doesn’t let you be impolite towards them or scold them.

Those tiny souls will not live little for long. You must incorporate teachings of our beloved Prophet Muhammad (Peace be Upon Him) in your kids-grooming (tarbiyat). And while you start following the above mentioned examples, there is very little risk in your children to show out bad in destiny. In the end, it is not your kids or kids to your own family that need to be dealt and treated with the Muhammadan way but it is for each toddler you have an interaction with. Show them mercy, love, recognize and accept as true with. Insha’Allah, the Almighty will like and praise you for it. After all, you are following the Sunnah of His Beloved Prophet PBUH.