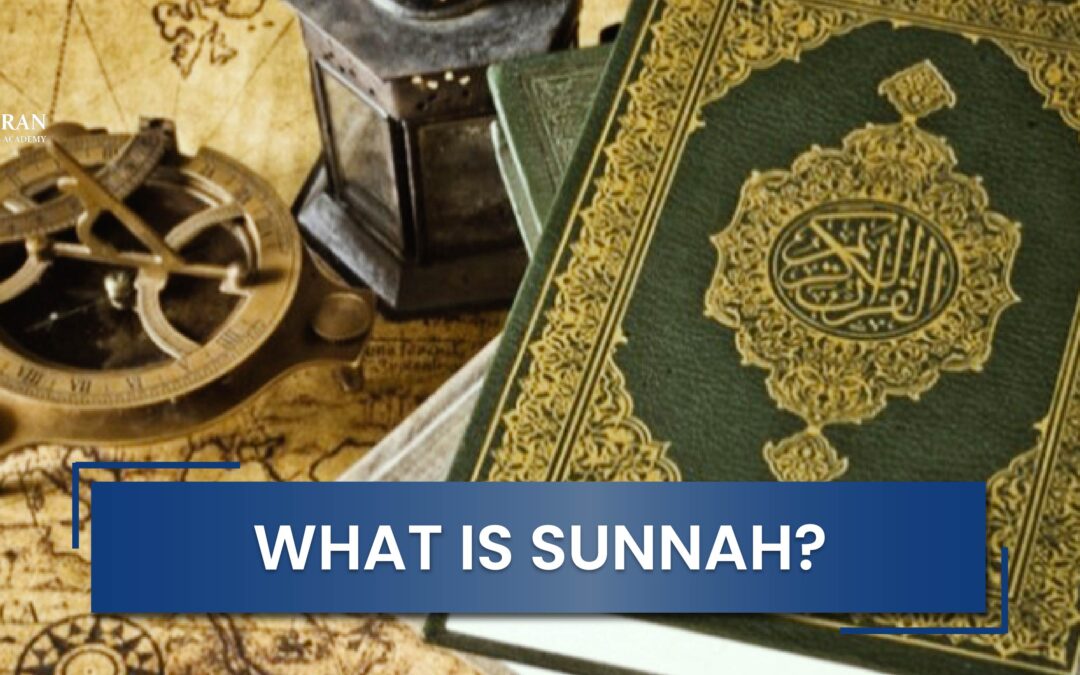 Sunnah is a term that refers to what the Prophet Muhammad said, did, or did not do. Conduction is a silent response that does not reject. Hadiths are interpretations of verses from the Quran. They clarify the divine mysteries that are only mentioned briefly in the verses and provide a decree on the matter, which is not included in the Quran. Pray at the appointed times! The command is brief; the hadiths will fill in the details. The number of reqats (a series of ritual gestures that are part of the namaz) and the manner in which the ritual was performed were not specified. If that is the case, pray at the appointed times in the absence of Sunnah. Issuing the command would be futile. Pray in the same way that I do (Hadith), give zakat (alms) in the same way. Hadiths provide a complete explanation and detail of the instructions. For Hadiths, Bediuzzaman, the author of the Nur collection, uses the expression First interpretation of the Quran. The Messenger of Allah’s answers to questions about Islamic Jurisprudence are first supplemental rulings of the Divine Law, just as his explanations of verses (pbuh) are first commentaries. His interpretations of the Quran and Sunnah are the first to be made. As he had done in every instance, the Messenger of Allah (pbuh) led his community in this subject.

The activities of Prophet Muhammad (Peace be Upon Him), both religious and non-religious.

The Prophet’s acceptance of the Companions’ acts, which came in two forms:

Everything that Allah commands us to do or refrain from doing. Our Prophet is the one who best carries out Allah’s laws and prohibitions and serves as an example. We must follow him in order to obey Allah’s commands and prohibitions. Prayers, fasting, abstaining from adultery, and not eating haram foods are just a few examples (forbidden).

Our religions’ wajibs: for example, it is wajib to conduct the witr prayer in three rakats.

Other than fard and wajib, the things we do while saying prayers. For example, reading a few verses from the Quran while praying is fard, but reading subhanaka prayer is nafilah.

If we follow the Prophet’s example when performing daily duties as as eating, sleeping, entering the mosque, or using the restroom, we will have followed their protocols. A person is not considered to have committed sins if they do not act in accordance with the rules.

The Significance of the Sunnah

Whatever the Apostle of God (peace be upon him) did or said, he was acting as a prophet. Everything he did was far from deviant and incorrect. All of his words and actions were consistent with God’s plan. As a result, each and every moment in one’s life should be watched and emulated. His life serves as both a living Quran and a compilation of Divine Laws. There are numerous verses and hadiths in the Quran and hadith collections that clearly suggest that following the Sunnah is the religion’s fundamental foundation.

Proofs by the Quran

As Muslims, we believe he was the Creator’s last and ultimate messenger to humanity. His life will serve as an example for future generations till the end of time. He set the ideal example of how to live a pure and humble life, with the purpose and key function of worshipping Allah subnahu wa ta’la, honoured and exalted be He the Creator. The term “sunnah” is used to describe the Prophet’s life and teachings, allallhu ‘alayhi wa sallam, may Allah’s peace and blessings be upon him. The sunnah is the greatest guide to living a successful and productive life.